Livestock may be raised primarily for subsistence or local sales or may be raised to supply international markets with large quantities of produce. The scale, purpose and nature of livestock enterprises is known as the production system. The type of ruminant production systems is largely determined by agroecology and land use, but also influenced by capital investment, degree of specialisation and whether the animals are raised on grasslands, feedlots or as part of mixed crop-livestock farming systems. This map shows the distribution of ruminant livestock production systems in rangelands. 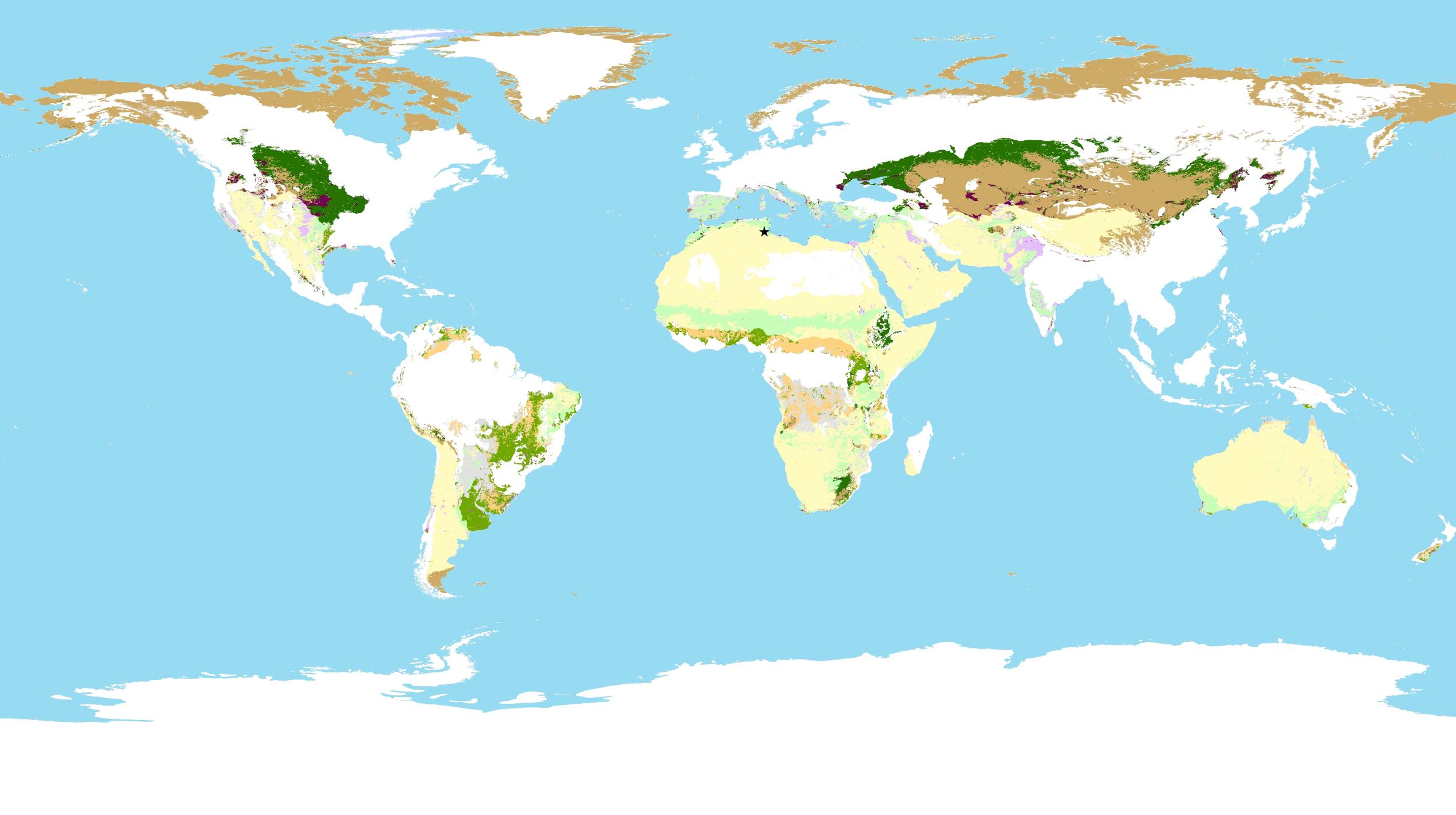 Combining improvements in the livestock production system with rangeland management and rehabilitation: the case of Medenine in Tunisia 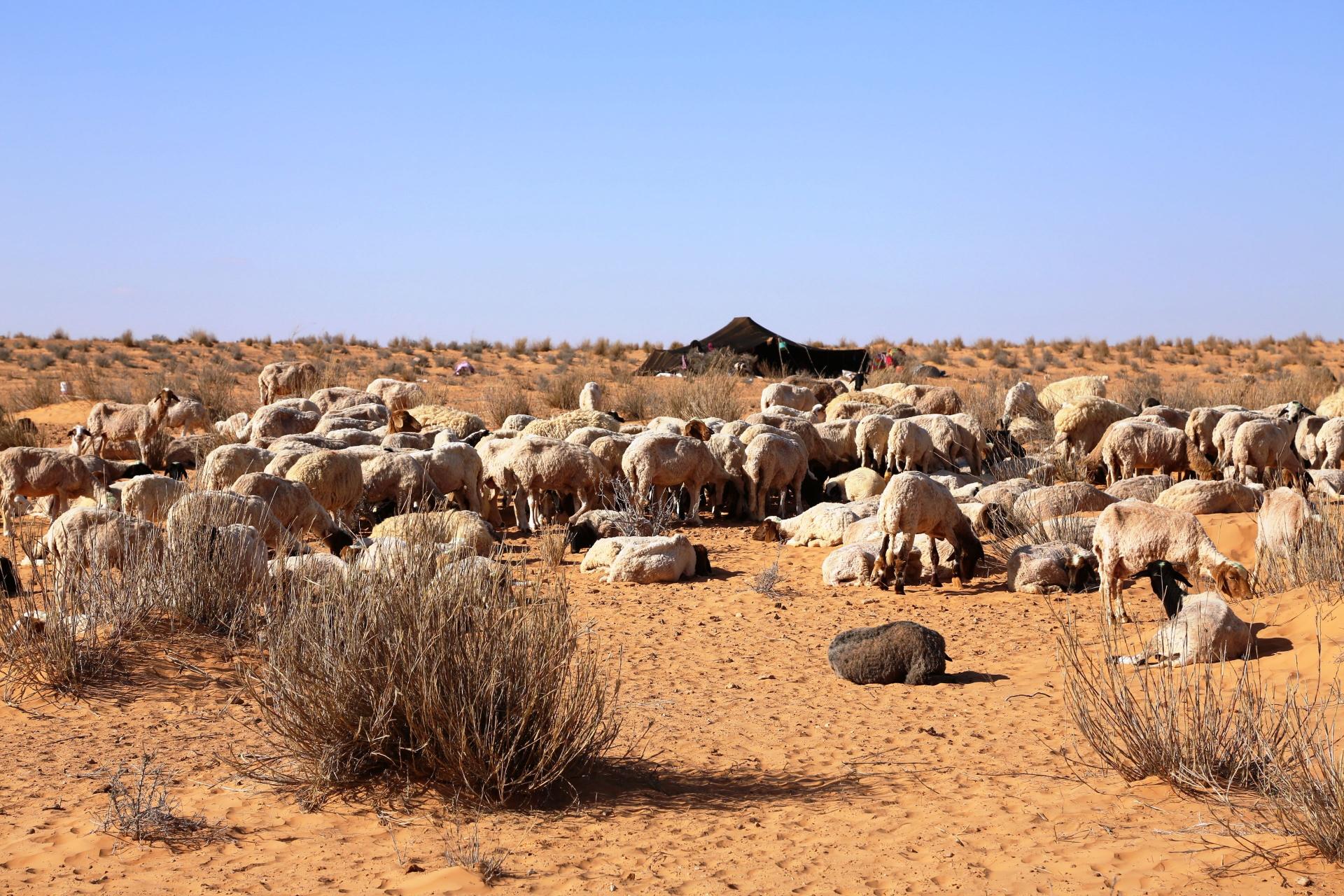 With nearly one-quarter of Tunisia covered by rangelands – both arid and desert areas – the country has a diverse livestock sector. Sheep are the most dominant species, with an average of 6.5 million, followed by 1.2 million goats, 401,000 dairy cattle and 234,000 other cattle, based on 2018 figures. Camelids and equines (horses, donkeys, and mules) represented 214,000. Within cattle species, dairy cattle are the most dominant, accounting for 65%, while Tunisian meat production generated around 16% of the national agriculture gross domestic product (GDP). Almost all rangelands in arid areas of Tunisia, where there is a mean annual rainfall of less than 200 mm, are now grazed continuously without any restriction on stocking rate. In many areas, the encroachment of agriculture, despite its limitations, has fragmented the country’s rangelands and made mobility of livestock more difficult.

In the Governorate of Medenine in southern Tunisia, the International Fund for Agricultural Development (IFAD), working through the government of Tunisia and with the International Center for Agricultural Research in the Dry Areas (ICARDA), is supporting local pastoralists to improve their livestock production and rehabilitate rangelands through a project called PRODEFIL (Projet de développement agro-pastoral et des filières associées). Rangelands provide 20-60% of the feed needs of livestock, whilst also contributing to biodiversity and soil protection especially against wind erosion.

The project combines improvements in rangeland management and, more specifically, the strengthening of the local system of Gdel (rotation and resting). It focuses on improving productivity and building strong and inclusive value chains around the pastoral activities of the local population. In addition, it has supported new infrastructure, including the building of a slaughterhouse in Ben Guerdane. To date, a total of 19,000 ha of rangelands have been placed under improved management, including 7,000 ha in private land, or nearly 70% of the 29,000 hectares targeted. Resting has also allowed the reappearance of truffles and Lazoul (pink garlic), which are collected and sold, as well as plant cover improving by 35-85%.

At the same time, the project has supported the development of the red meat sector (sheep, goat and camelina) with the creation of “Plateform Viande Rouge” (Red Meat Sector Platform), their by-products (wool and leather) as well as incentives for the start-up of a sector promoting camel milk to improve the income of the most vulnerable breeders. A wool collection and processing center, and a camel milk collection and packaging center has also been set up. Other initiatives include the establishment of a nursery for the production of fruit plants. As a result, the health and weight of the animals has improved 52%; and, the number of olive and fig trees per farm has increased from 19 to 36 or by 89%.

For more information on the project see: