The map on protected areas draws from data of the WDPA (World Database on Protected Areas) which uses the IUCN's definition of a protected area as the main criteria for entries to be included in the database. The database contains comprehensive information on the different types of protected areas ranging from those strictly protected for conservation purposes to those where sustainable use of natural resources is allowed; and includes government, co-managed, private and community-managed areas. For more information visit the Protected Planet website: https://www.protectedplanet.net/en/about 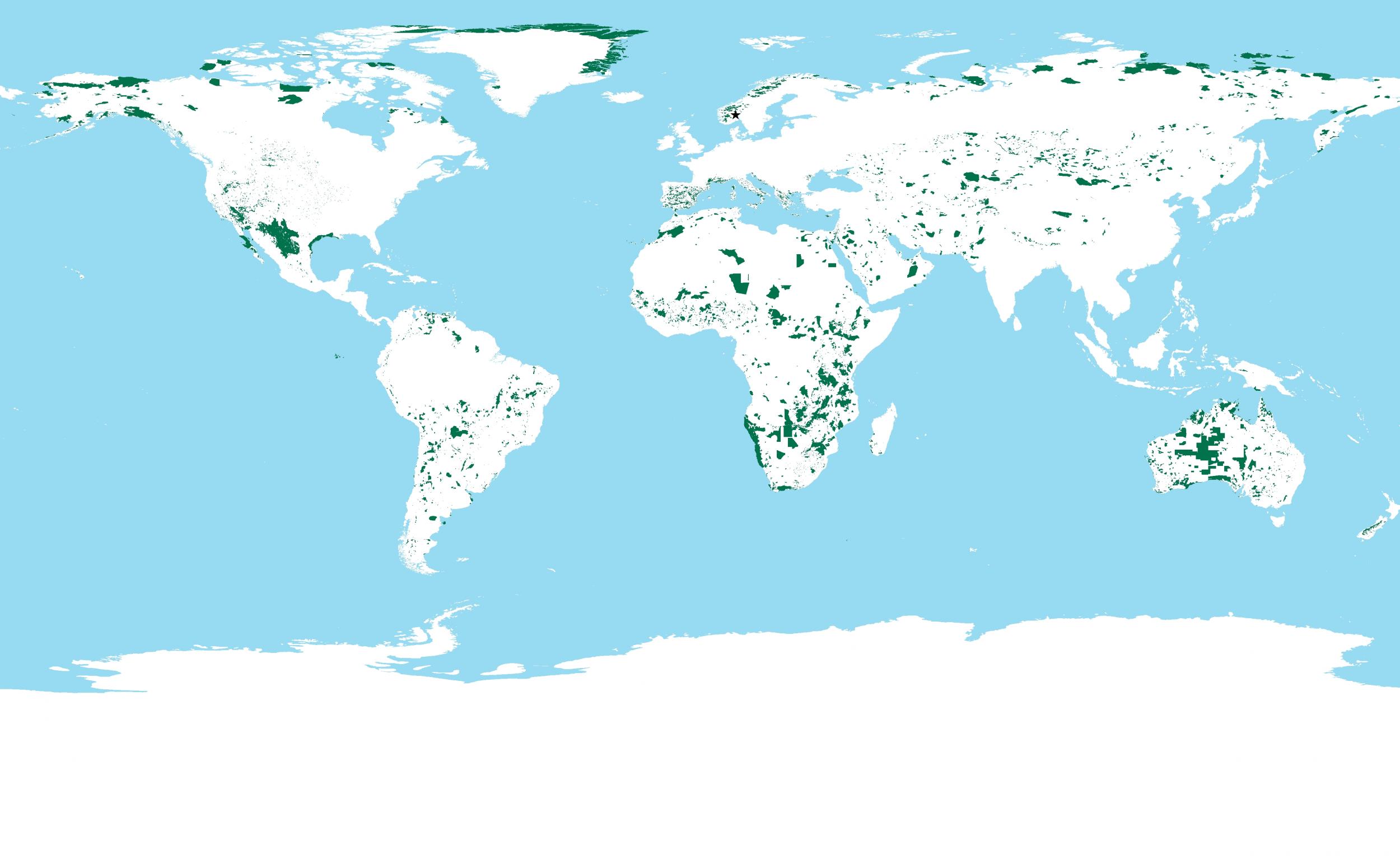 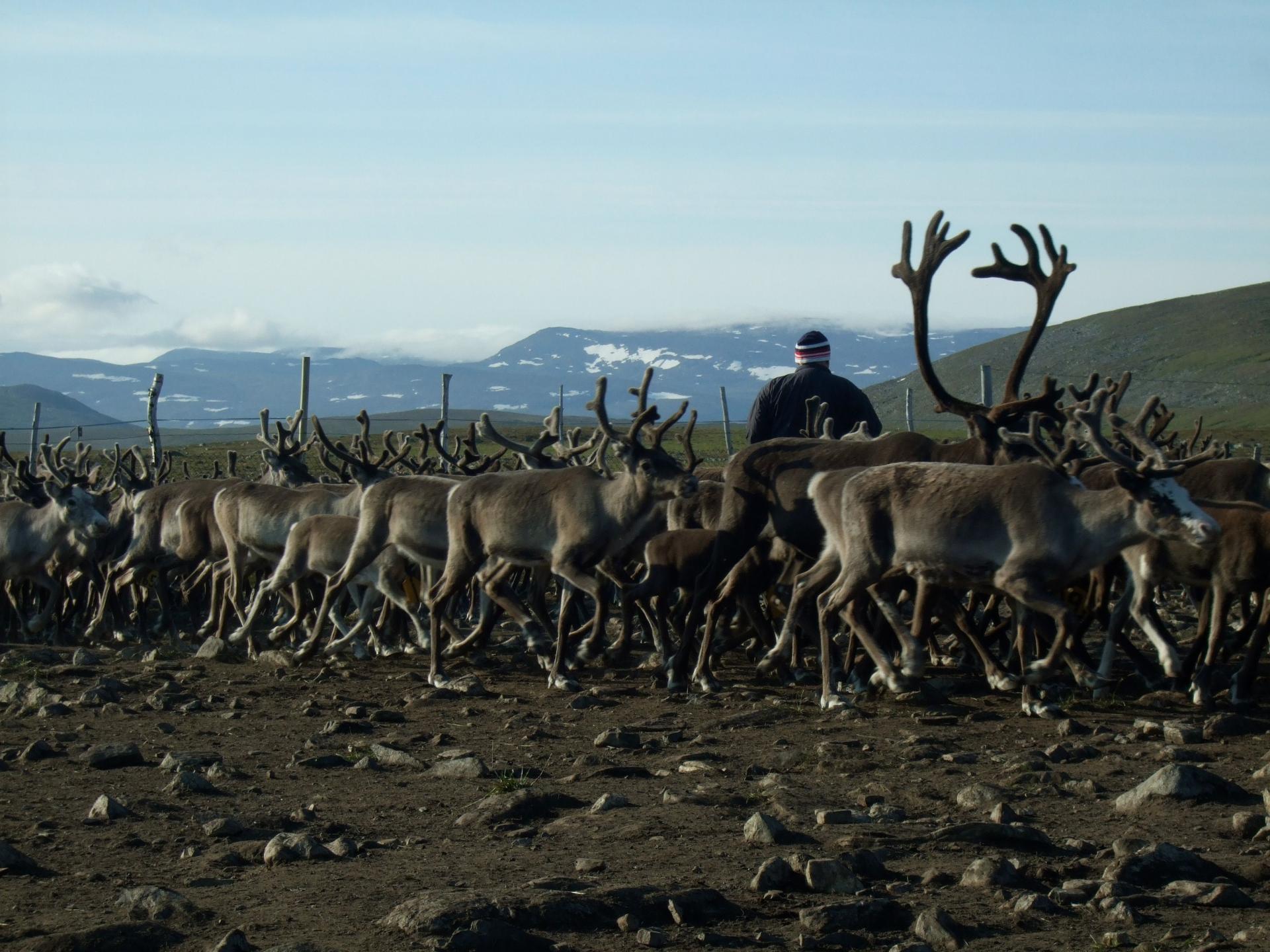 In Norway, reindeer husbandry is recognised as an indigenous livelihood and a vital basis for Sámi language, knowledge and worldviews. The reindeer herding area covers approximately 40% of the Norwegian mainland, and the herders have customary rights to the grazing areas. The linkages between the reindeer herders and the environment are strong. Through their daily work, the herders have gained deep knowledge about the surrounding environment, adapted their practices to varying grazing conditions and helped to conserve the biodiversity. Today, however, the herders’ ability to adapt to new challenges of climate change, acceleratng industrial development, resource extraction and other competing land-use interests has been weakened by land fragmentation and degradation. Nature conservation can be one of these land-use conflicts if it limits the herders’ access to traditional grazing areas.

National parks cover about 10% of the Norwegian mainland, and about half of the 40 parks are located within reindeer herding areas. The Reisa National Park, established in 1986, covers 803 km2 and consists of canyons, stream valleys, wetlands and a mountain plateau. No other national park in Norway is larger in terms of reindeer husbandry; it provides pastures and migration routes for about 22,000 reindeer and 241 owners. Here, reindeer husbandry was established long before the borders of northern Scandinavia were officially drawn. The authorities assured the reindeer herders that they would not be negatively affected by the park. Yet, none of the herding groups were involved in the development or the management of the park; and, they were not represented on the park’s management board until 2011.

The lack of participation has created misunderstandings and conflicts. According to the reindeer owners, there has been – and still is – little understanding of historical land-use and the herders’ practices and knowledge. The management of the park limits the flexibility of reindeer husbandry, and thereby its ability to adapt to the seasonal and spatial changes affecting the nature and climate. It has also become more challenging to respond to disturbances from predators and human activities, and to accommodate other herding groups moving through the same area. While the Reisa National Park protects the traditional pastures of the Sámi reindeer herders from industrial development, the limits it puts on movements is a critical challenge. Further, formal procedures of decision-making related to the Park exclude the Sámi, alienating them from their lands whilst also losing the opportunity of learninng from their traditional knowledge.