Climate threshold is a critical limit where a climate system responds drastically when exposed to an external forcing, resulting in the system changing into a different stable state (e.g., melt of Greenland ice-sheet, Sahara greening, instability of West Antarctic ice-sheet, tundra lost, etc). This map shows how rangelands will be affected by several climate change thresholds that are expected to change by 2050. Three threshold flips are mapped; the 20% loss of LGP (length of growing period) and maximum temperature over 30 degrees will have negative effects on production and productivity in those areas of the rangelands that are so affected, while the third (annual temperature over 8 degrees) may have positive effects via the extension of growing season and/or an increase in the land areas suitable for rangeland vegetation. 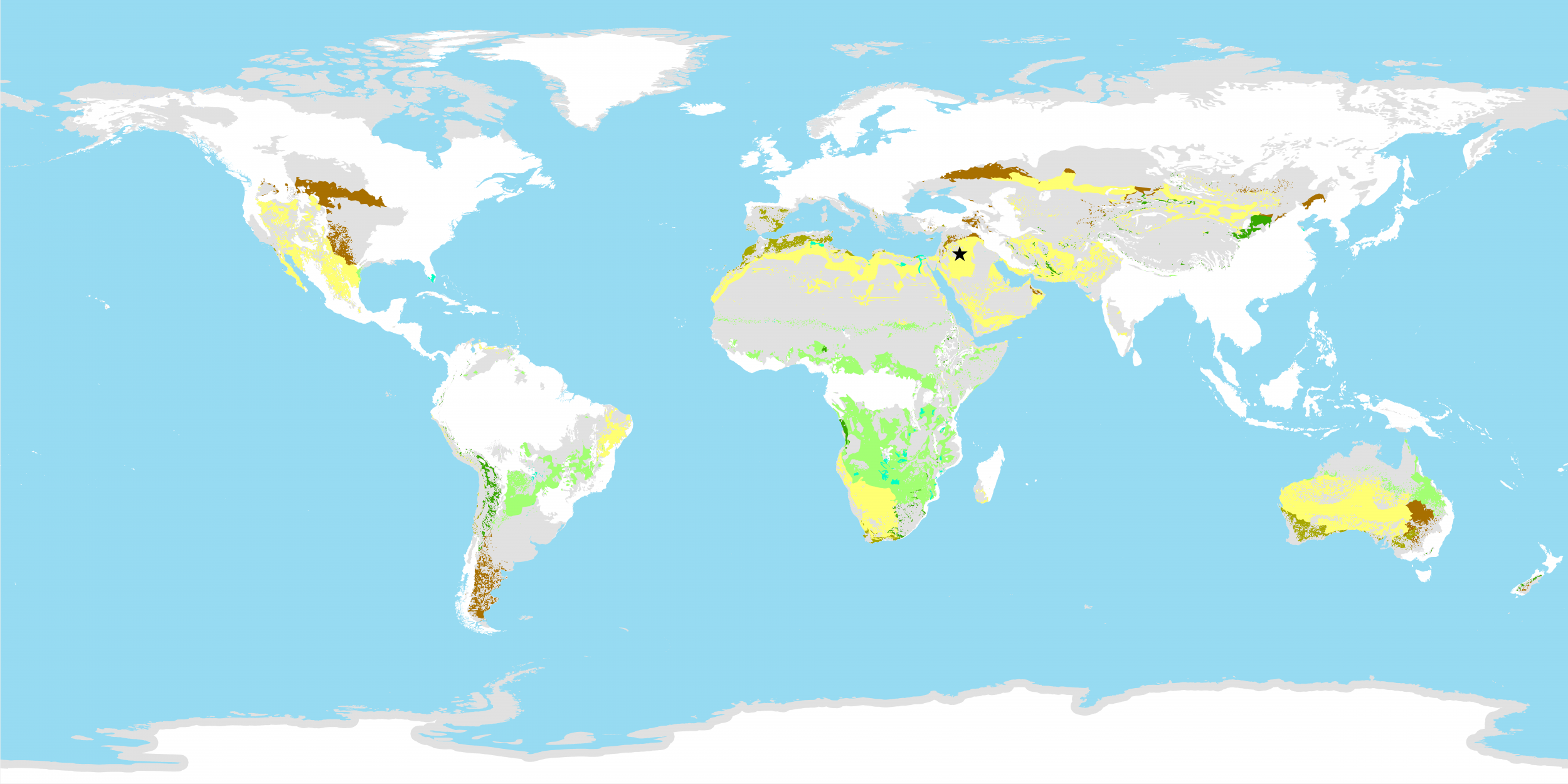 Source 2:Projections to 2050 using a high-emissions scenario (RCP8.5) developed by the Intergovernmental Panel on Climate Change and data from an ensemble of 17 climate models taken from the fifth phase of the Coupled Model Intercomparison Project (CMIP5) of the World Climate Research Programme.

Reinstating the Hima in Bani Hashem, Jordan, to build resilience to climate change 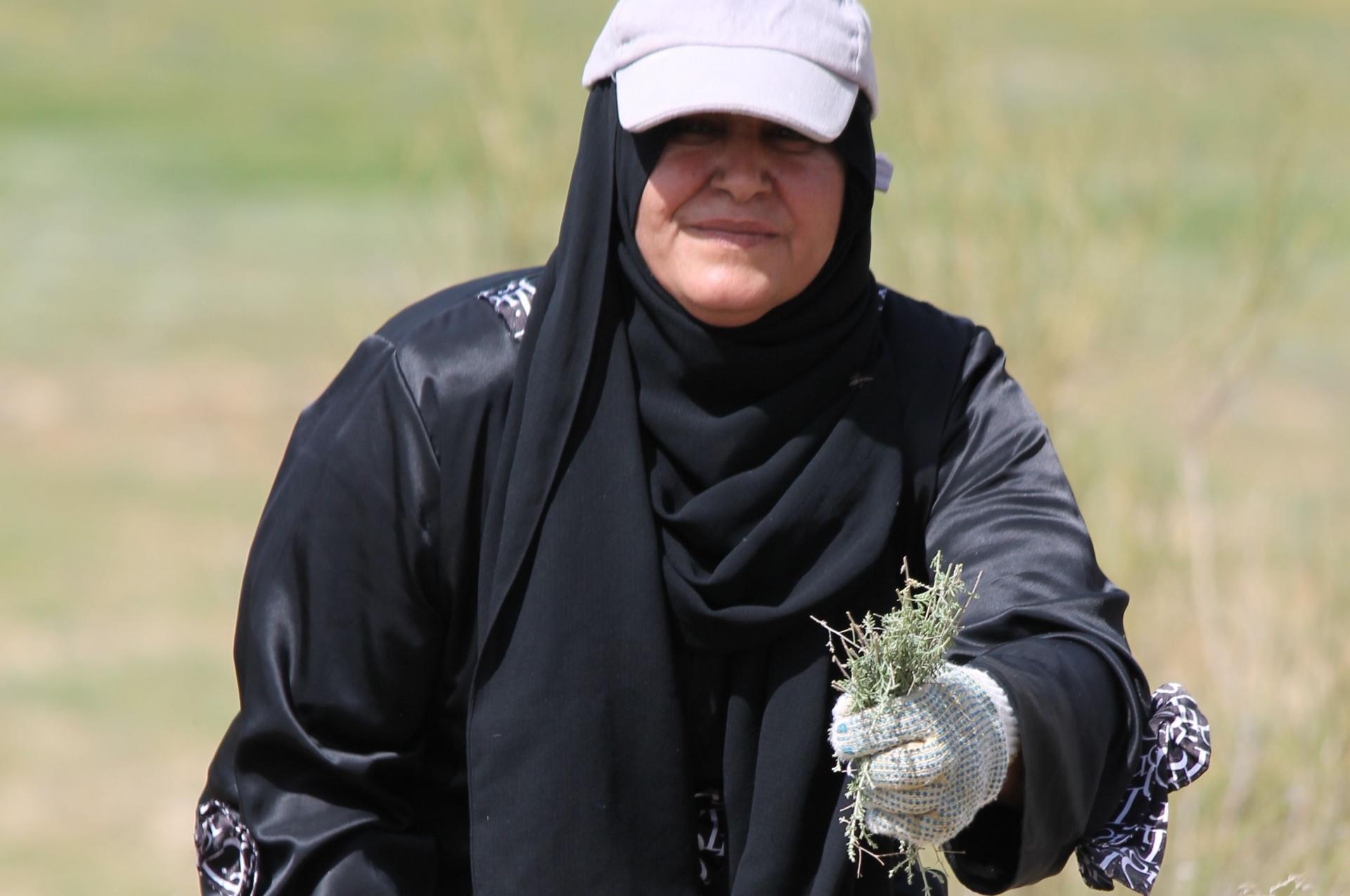 Jordan is primarily arid to semi-arid in climate, characterised by very low annual precipitation averaging less than 220 mm. The annual total precipitation varies from a minimum of 28 mm at the southern Badia region to a maximum of 570 mm at the upper northern highlands region of Ras Muneef. Aridity and water scarcity make Jordan environmentally sensitive to climate change.

Climate change studies in Jordan show that the minimum temperature has increased between 0.4–2.8°C across all regions with a decline in precipitation by 5-20 percent across the country. The expected impact and risks from climate change on ecosystems in Jordan include droughts, forest dieback, expansion of drier biomes into marginal lands, habitat degradation and species loss.

Badia is an Arabic word describing the open rangeland inhabited by Bedouins (nomads). The Jordan Badia which covers about 80% of the country has over the years been degraded due to land use change, urbanisation, overgrazing, mining and increased demand for wood fuel, amplified by climate change. ‘Hima’ comes from the arabic word for “protection” – “alhimaya”. The Hima is a traditional rangeland management system in which land and key resources are set aside so that communities can conserve them and regulate their use.

In Bani Hashem local communities have been reinstating the Hima to protect and manage their land resources and reduce the effects and risks of climate change. The community identified 1500 hectares of public forest land that they refer to as “the last green area” in the rapidly industrialising Zarqa river basin area. The community started by putting 100 hectares of land under Hima. After one year, biodiversity benefits were observed through the increase of biomass and restoration of indigenous floral species such as Artemisia herba-alba. Protecting the pilot area allowed shrubs and grasses to regenerate, restoring the land’s vegetation. A total of 36 native plant species were recorded in the site, though mainly in the area that receives the highest rainfall.