Land productivity in rangelands between 2001-2015

As part of land degradation neutrality (LDN) calculations, land productivity can be described as “the biological productive capacity of the land, the source of all the food, fibre and fuel that sustains humans.” Land productivity points to long-term changes in the health and productive capacity of the land and reflects the net effects of changes in ecosystem functioning on plant and biomass growth. Land productivity is assessed using three measures of change derived from NDVI (normalised difference vegetation index) time series data: trajectory, performance and state (see below).

In the map, productivity is measured against the baseline year of 2000. Changes in productivity have been attributed to a number of factors, including expansion in woody biomass, expansion of irrigated cultivation, increased CO2 fertilisation and other.

Land productivity changes in rangelands between 2001-2015 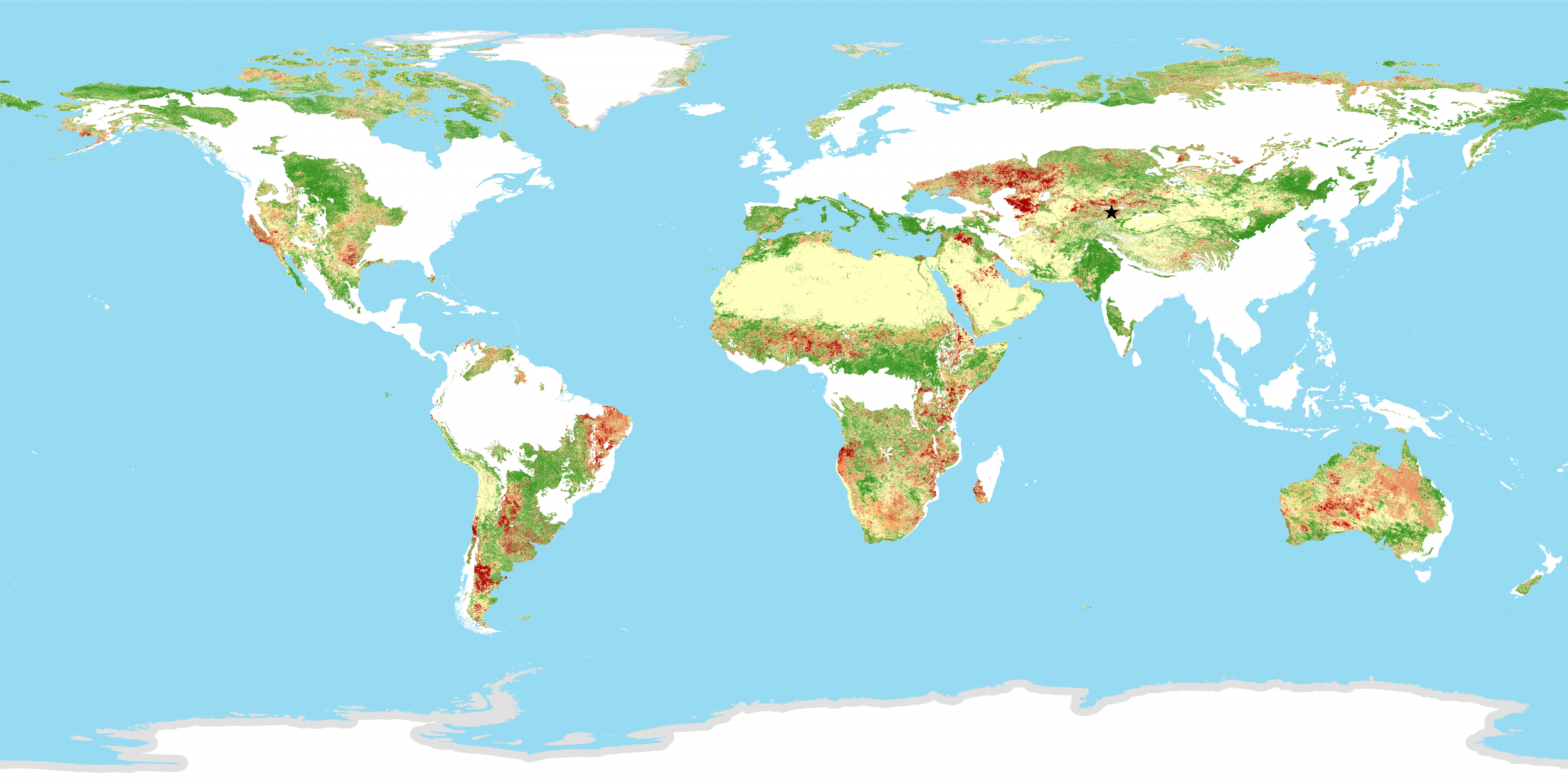 Land productivity performance over the period 2001-2015 in rangelands 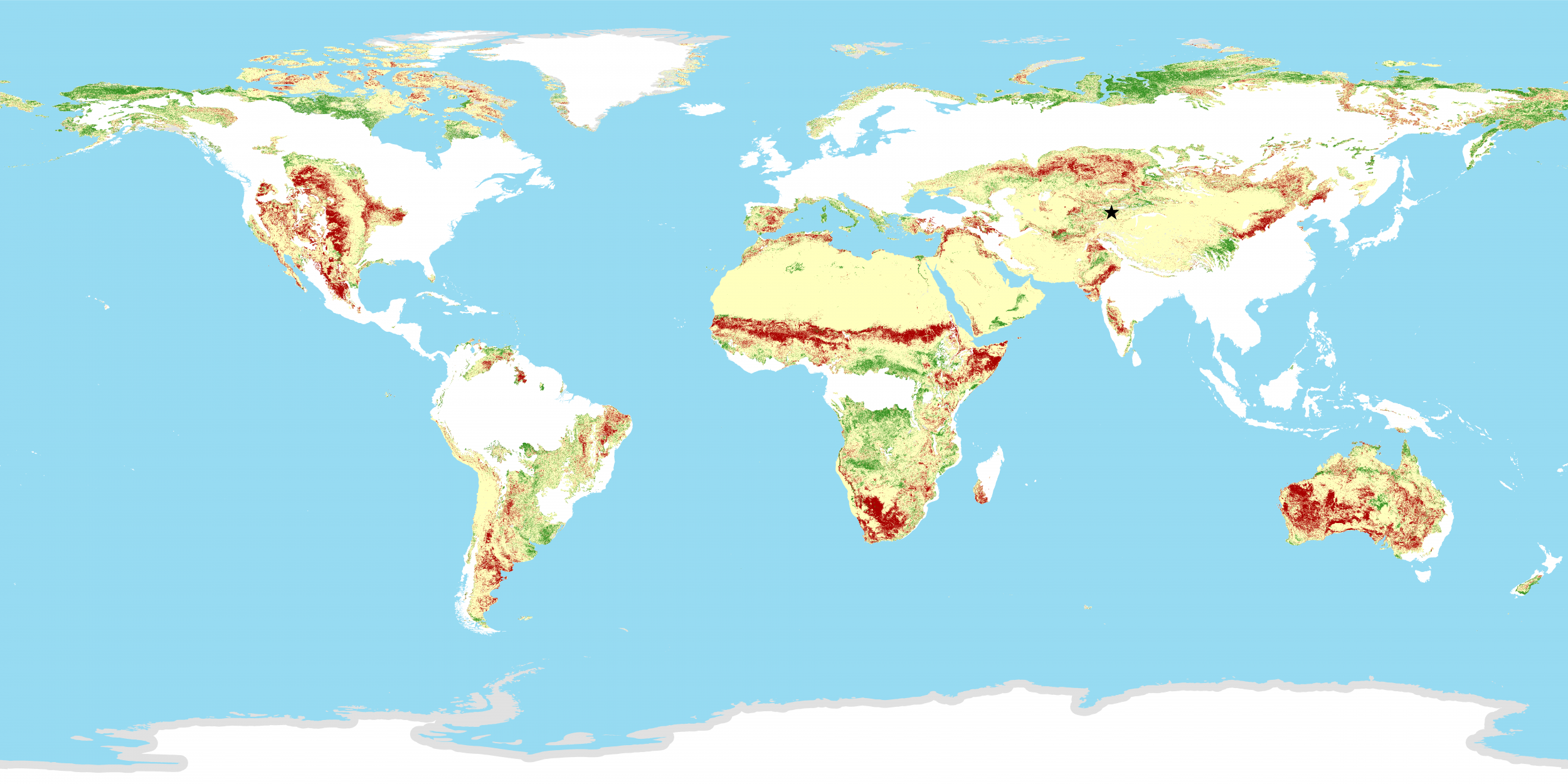 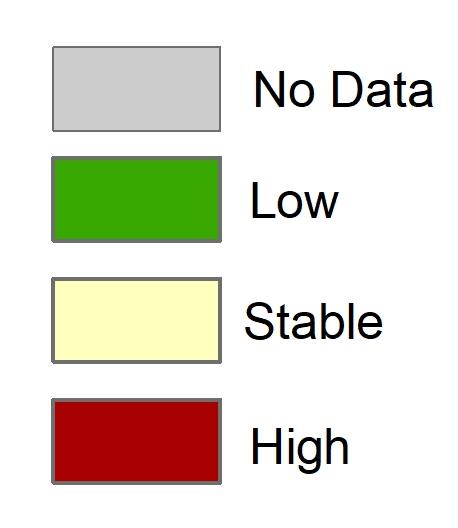 Land productivity state over the period 2001-2015 in rangelands 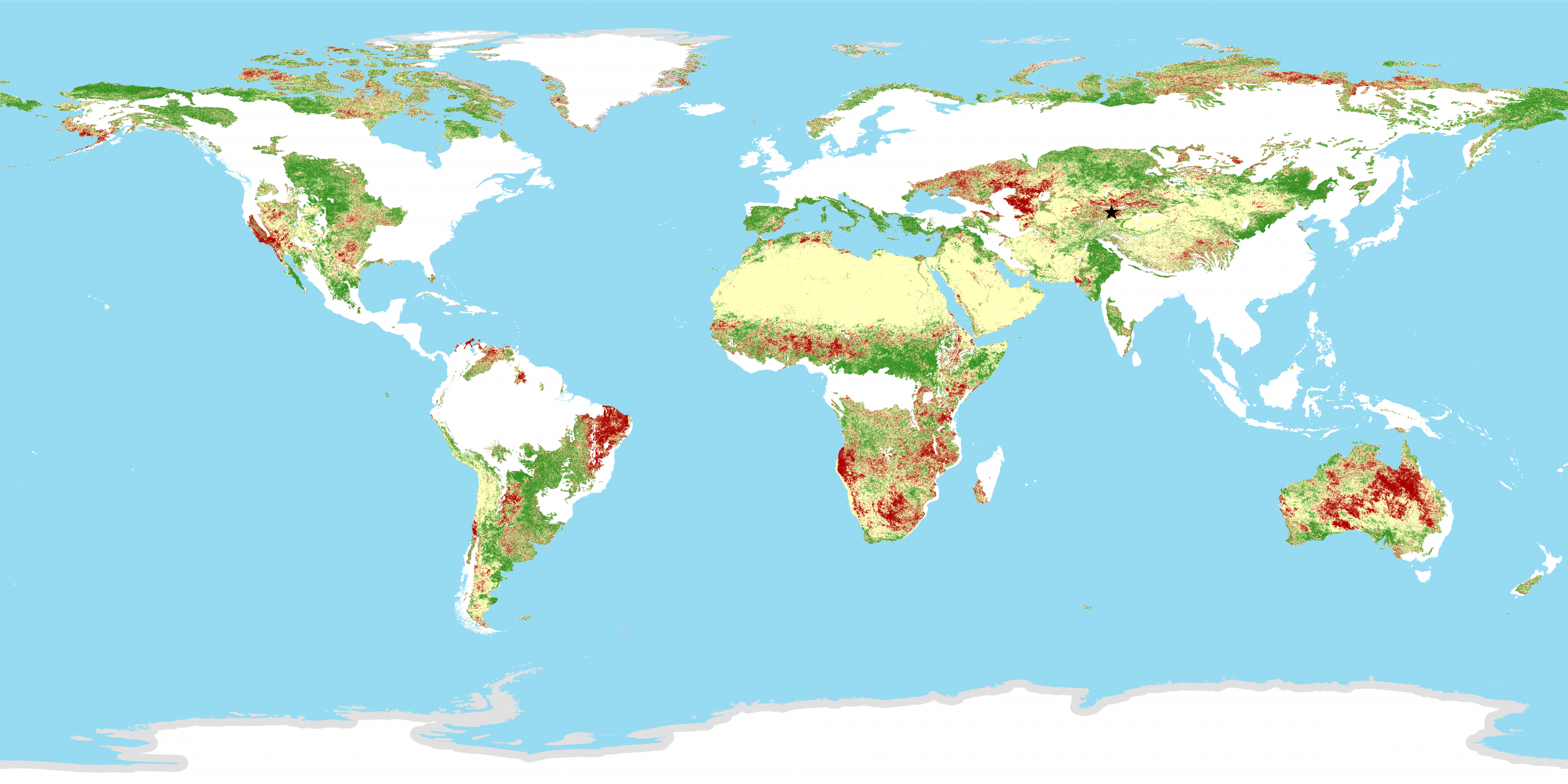 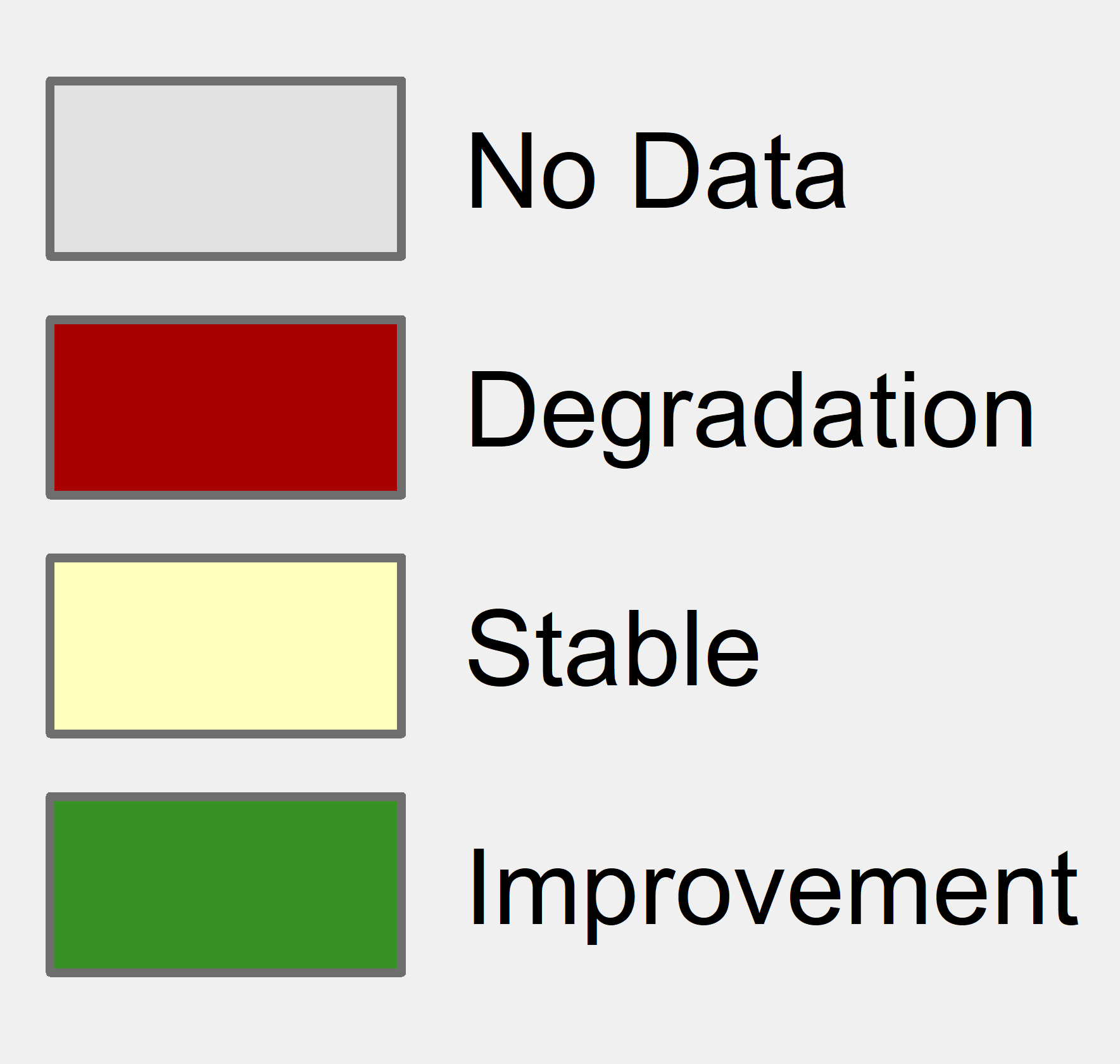 Land productivity trajectory over the period 2001-2015 in rangelands 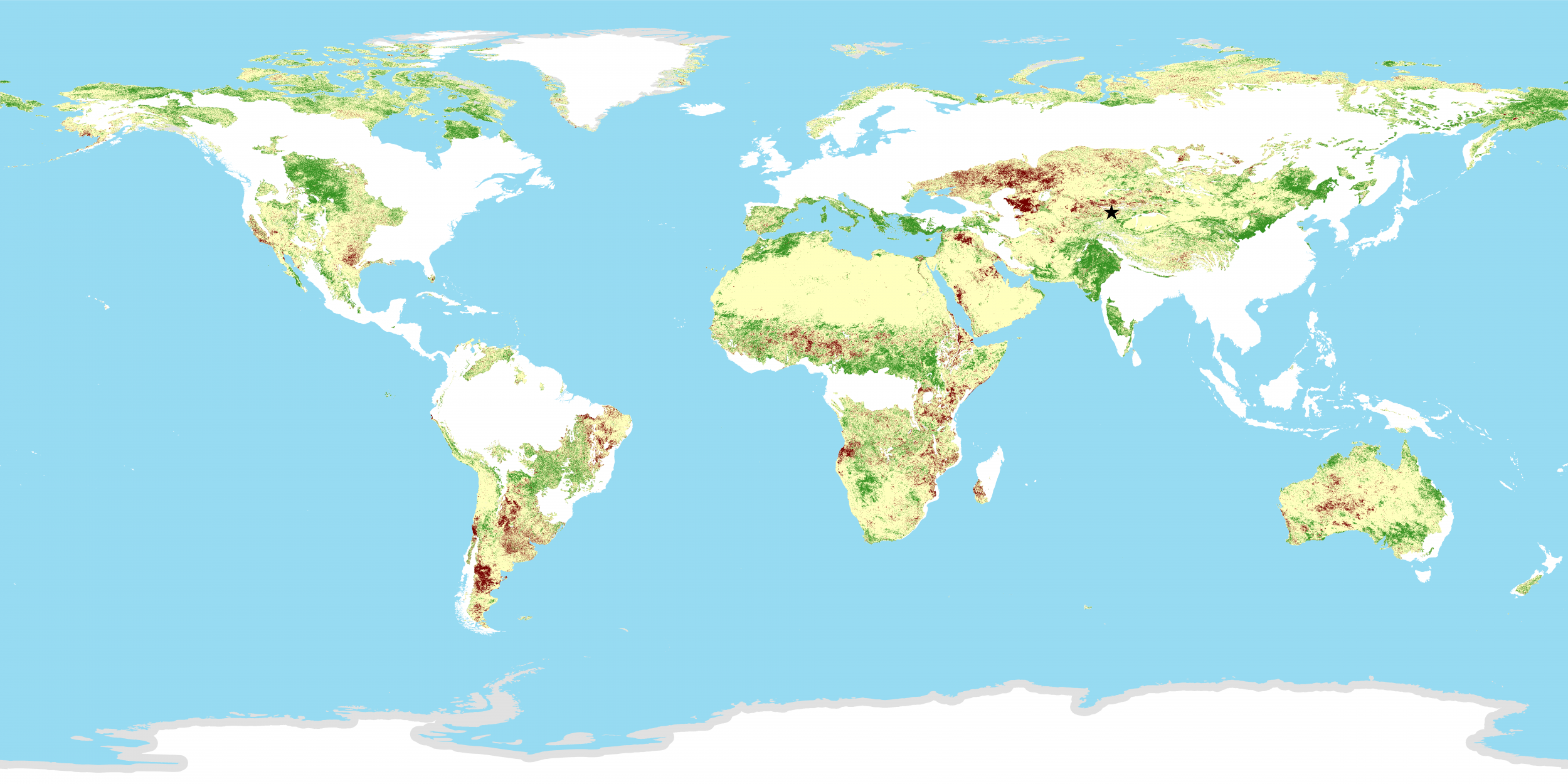 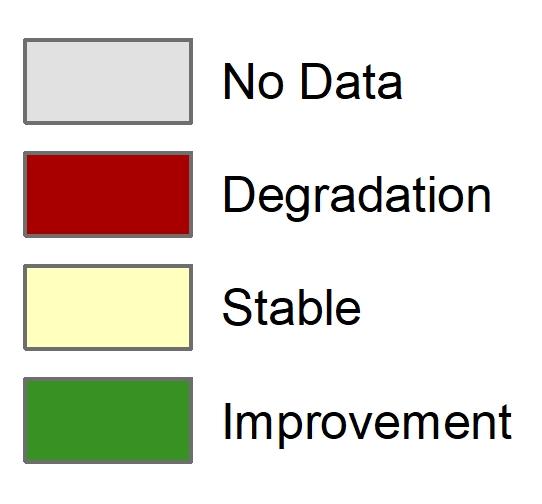 Changes in productivity of rangelands and pasture conditions in Kyrgyzstan 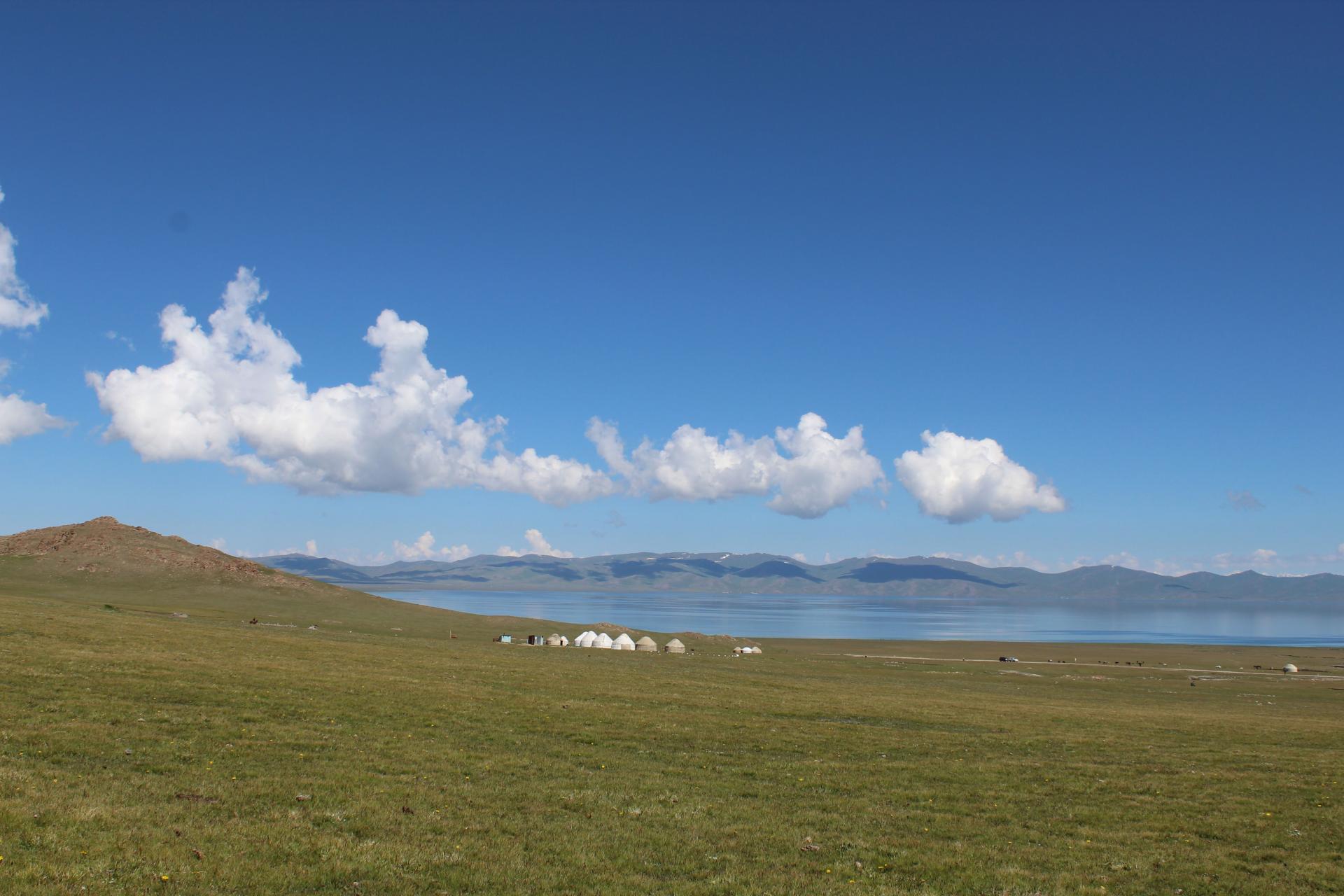 Kyrgyzstan land cover falls primarily under agricultural use. This total is commonly subdivided among permanent pasture land (48%) followed by arable cropping land (7%) and forestry (4%); the rest is comprised of other land cover types, mostly non-productive lands in the higher altitudes, rocky outcrops, glacial and snowfields and urban areas. About 94% of the land area sits above 1,000 m, and 40% of this is above 3,000 m. Winter pastures are located in lower altitudes, Spring-Autumn in mid-lower (transitional) altitudes, and Summer pastures in high altitude areas. Animal husbandry, through production of cattle, sheep, horse, goat, and yaks, is a key livelihood activity. However, production is facing challenges, including disregard for grazing mobility, leading to pasture degradation exacerbated by a changing climate and lack of suitable policies.

The results show that vegetation related indicators, such as Normalised Difference Vegetation Index (NDVI), were the most important. In low altitude pastures, the increasing NDVI was due to arable lands. In the high-altitude pastures, remote sensing showed increasing degradation, even though bare ground is a natural occurrence in high altitudes and grassland cover rarely exceeds 80%. In the spring-autumn pastures, increasing NDVI was partly due to non-palatable species. Here, high temperatures and precipitation favour vegetation growth leading to high diversity of vegetation, including non-palatable species.

The conclusions considered that rangeland health assessment should be contingent upon the use and management objectives of the landscape. Sub-national level assessments enable identification of the main rangeland users, incorporation of local indicators (to improve quality of LDN indicators) and buy-in by local communities.