Identifying KBAs is an essential step towards enabling effective conservation and development decisions. With many countries still in the process of analysis, the data is likely to be an underestimation – many sites in rangelands may well meet the KBA criteria but have not yet been officially identified as KBAs. As KBA identification in rangelands becomes more complete, the below data can be updated. 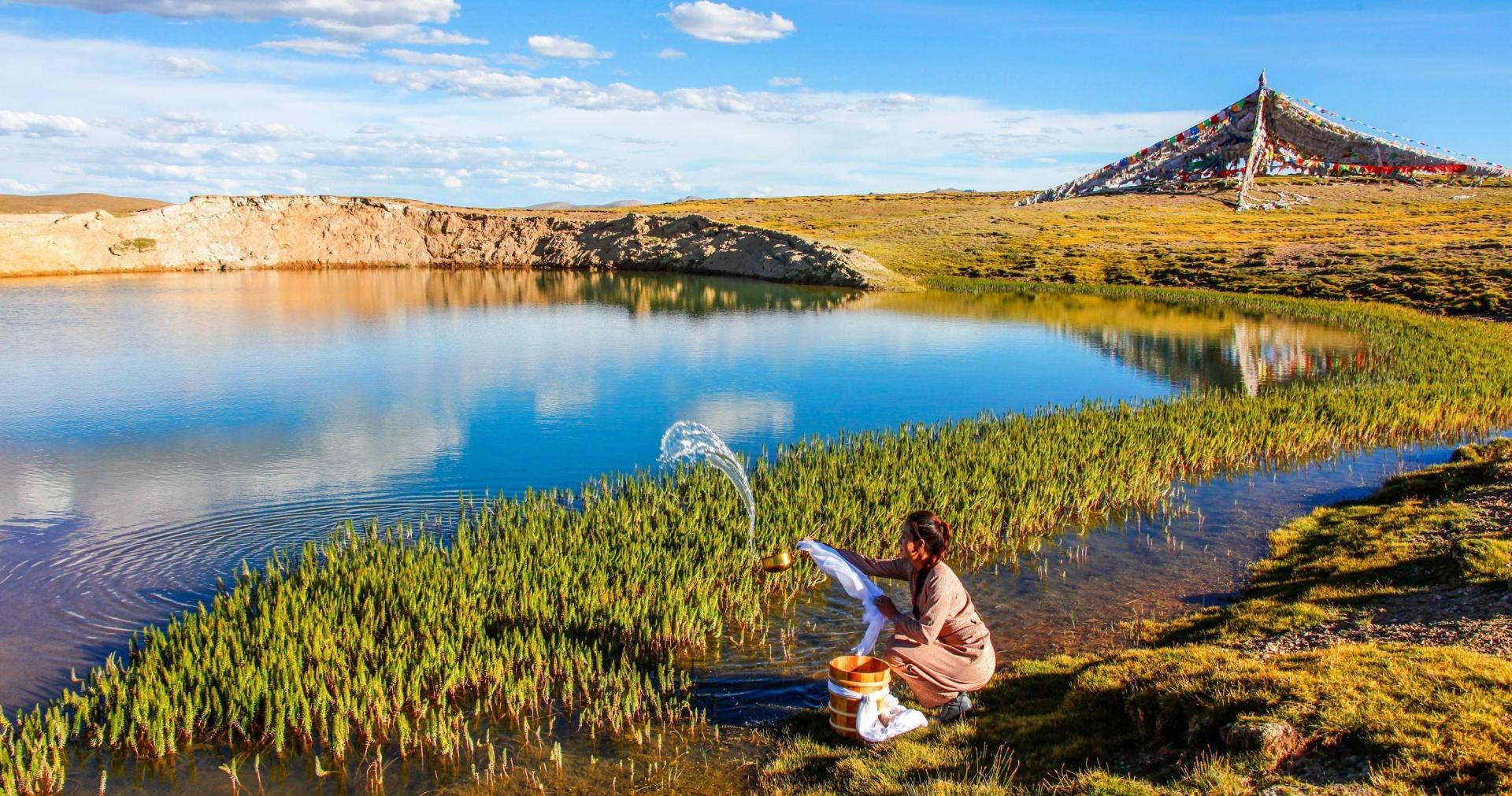 China is a vast country covering 9,562 km2 and the world’s most populous country with more than 1.4 billion inhabitants. Because of its variety of ecosystems - grassland, desert, mountain ranges, lakes and rivers - China is home to a rich variety of wildlife, including the giant panda, wild yaks, snow leopards, the Tibetan antelope and the Tibetan gazelle. China is also home to a diversity of people, cultures and livelihoods. In Western China, many ethnic minority groups contribute to the conservation of the vast grassland environment through their traditional pastoral management systems, such as the multi-species grazing system by the Tibetan nomads. In addition to a diversity of herds, traditional nomadic pastoralism is characterised by complex herd structures, regulated movements of livestock in rangeland sites and a connection with farmers, which has helped maintain the rangeland ecosystems over time.

KBAs are sites contributing significantly to the global persistence of biodiversity. There are 16,315 KBAs worldwide, and 668 KBAs in mainland China, covering an area of 1,149,679 km2. Threats to KBAs include: agriculture and aquaculture, biological resource use, energy production and mining, human disturbance, invasive species and diseases, residential and commercial development, and transportation. These activities also contribute to increasing the number of species threatened by extinction.

In China, nature reserves protect these vulnerable habitats, like the Sanjiangyuan Nature Reserve. This reserve is located in the Sanjiangyuan area, which means ‘’the origin of three rivers’’, the Yangtze, Yellow and Lancang (Mekong) rivers, and is home to Tibetan nomadic herders. The reserve was classified as a KBA in 2009, because it is a biodiversity hotspot with natural habitats ranging from montane forest to cold alpine grassland and desert. However, human activities have affected the integrity of the reserve. China is currently strengthening the management and biodiversity conservation of nature reserves through the creation of a new system of national parks and protected areas, and piloting 12 national parks, including Sanjiangyuan. The management of this new national park will allow herders and farmers to combine sustainable livestock grazing with wildlife protection and is expected to create jobs and improve the incomes of local communities.