2. There are 42 types of grasslands found in rangelands.

3. The most prominent grassland found is the “north sahel semi-desert scrub and grassland” covering 3,060,186 km sq. and the smallest/rarest is the “African (Madagascar) montane grassland and shrubland” with only 1,280 km2. 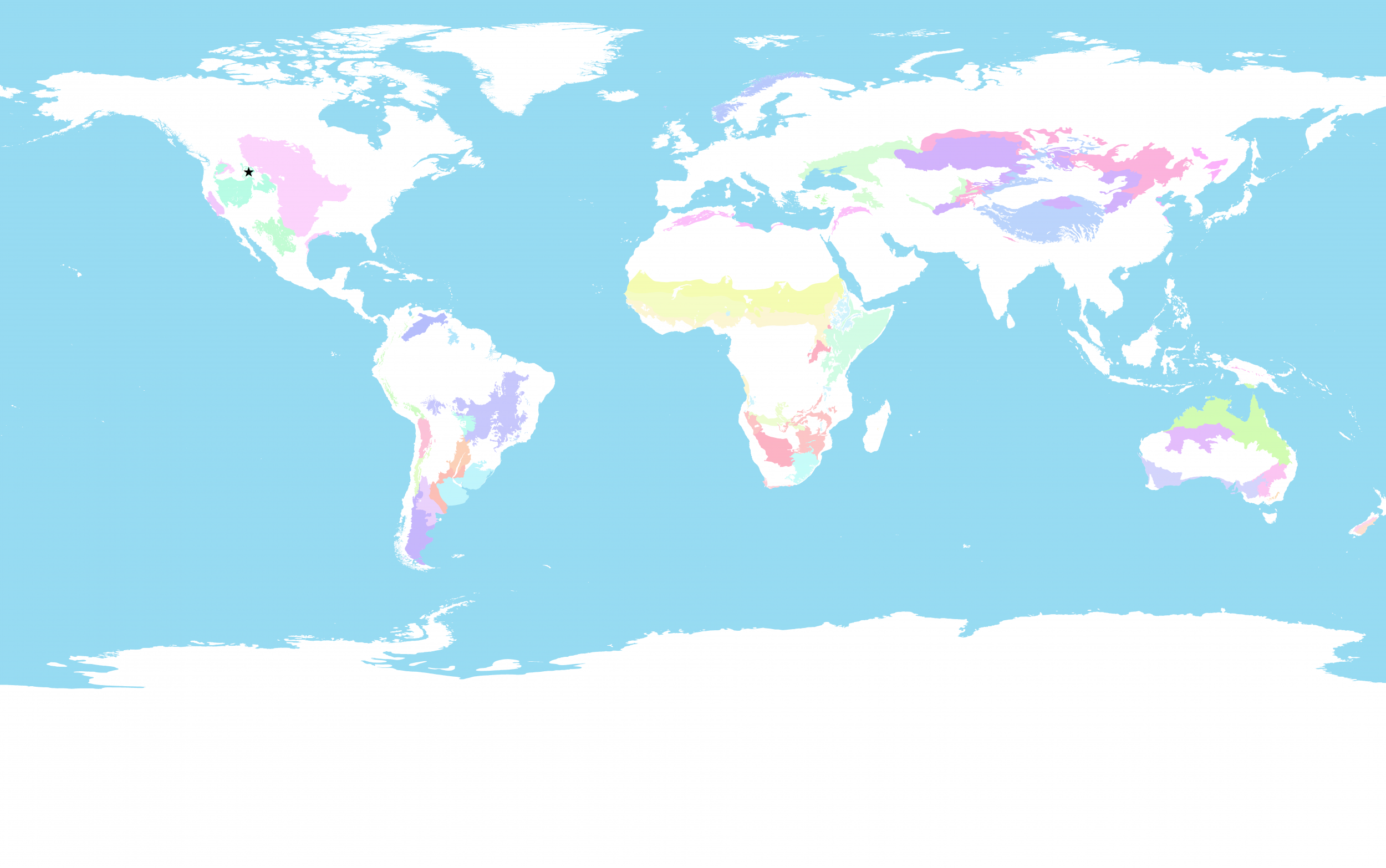 Keeping the grasslands of the northern great plains healthy

The Northern Great Plains (NGP) is one of only four remaining intact temperate grasslands in the world. Shaped by seasonal transformations, including the migration of millions of bison kicking up dust and grass, extreme weather, rampaging rivers and racing wildfires, this unique region supports an abundance of species, including 1,595 plants, 300 birds, 95 mammals, 28 reptiles, 13 amphibians and many pollinators. More than 70% of the NGP remains intact and many of the people who call it home play a critical role in safeguarding the landscape. Together, Native American Nations, which hold unique cultural and spiritual connections to the grasslands and ranching families, own and manage 85% of the NGP remaining intact grasslands.

In recent years, however, the NGP grasslands have been disappearing at a faster rate than deforestation in the Amazon rainforest. The primary threat to this unique ecosystem is agriculture and, in particular, large-scale mechanised and industrial farming. When grasslands are destroyed, they emit carbon dioxide, drastically weakening the land’s ability to support wildlife, stabilise the soil and provide clean water. Today, climate change has brought about a rise in extreme weather events and, along with difficult trade policies and a global pandemic, further challenges have emerged for the landscape and livelihoods that depend on it.

To ensure that the NGP grasslands remain healthy, public, private and native landowners have come together to support grasslands’ management and solutions that benefit wildlife and local communities. Solutions include building community-led efforts that improve outcomes for biodiversity as well as developing financial and political incentives for landowners that support grassland conservation and discourage further clearance of native grasslands. It also entails working in partnership to restore grasslands ploughed up for growing crops, whilst improving the management and protection of the intact grasslands that remain. Finally, Native Nations and US government agencies are restoring populations of the plains’ bison and critically endangered Black-footed ferret – two species central to the cultural, economic and environmental health of the region and its Indigenous communities.

Letter from a young rancher